What to Do About the Flu? An Expert on Immunizations Offers Advice to Pediatricians

The annual flu immunization race is on in pediatric offices around the country, and the winners will be the families enjoying the winter months instead of being sick with the flu. The end of October is typically seen as the “deadline” for these flu shots, and the American Academy of Pediatrics (AAP) has issued its annual guidelines.

According to an article in Pediatrics, the AAP policy statement advises that everyone over the age of six months should receive the influenza vaccine by the end of October. Those who require two doses, such as children ages 6 months to 8 years who have never been vaccinated, should receive their first dose earlier in the season.

The organization also noted that it continues to support the CDC's recommendation of not using “FluMist,” the nasal spray vaccine.  Even though it won’t make them happy, children should receive a shot. The CDC also states that it doesn’t matter if the vaccine is trivalent or quadrivalent.

In terms of flu strains in the vaccine itself, the AAP Committee on Infectious Diseases said that the 2017-2018 influenza A (H1N1) strain differs from the 2016-2017 vaccine, but the influenza A (H3N2) and influenza B strains remain unchanged. The quadrivalent vaccine contains an additional B virus strain.

The AAP also noted that special efforts should be taken to vaccinate children who have medical conditions where contracting the flu might increase their risk of complications, such as those with asthma and other chronic lung diseases, heart disease, and diabetes.

An Expert on Flu Immunizations Offers Advice to Pediatricians 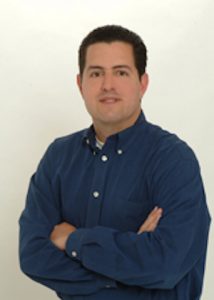 One of the nation’s best known advocates for regular immunizations is North Texas pediatrician Dr. Vincent Iannelli . He is a board certified pediatrician and Fellow of the American Academy of Pediatrics, and is the author of The Everything Father’s First Year Book, which is now in its updated, second edition. He is also the webmaster and creator of keepkidshealthy.com a web site for medical and parenting advice.

Dr. Iannelli has also been featured as an expert in several national magazines, including Baby Talk, Redbook, Home Life, ePregnancy, and My Family Doctor. This pediatrician is part of a new breed of doctor who realizes the power of technology to reach patients with important medical information.

“In addition to writing The Everything's Father's First Year Book, I have spent a big part of my 20 years of being a pediatrician on the Internet,” he said. “My latest project is a website that extensively deals with vaccination. The site, vaxopedia.org hopes to show parents that vaccines work, vaccines are safe, and that vaccines are necessary. It helps to dispel many of the myths and anti-vaccine talking points that scare parents away from vaccinating and protecting their kids from vaccine-preventable diseases.”

“Those of us who remember when the first recommendations for younger children came out in 2001 also remember getting used to new guidelines coming out each year,” he said. “That continued until the 2010-11 flu season, when we got the universal recommendation that everyone - children and adults - should get a flu vaccine each year, as long as they are at least six months old. Fortunately, there are no big changes this year. One change that might cause some confusion is that the age indication for FluLaval  has been lowered to 6 months. While another supplier for flu vaccine is great, especially considering the delays and shortages we have had in past years, there are some differences between this vaccine and others.

“Unlike FluZone, which is given at a dose of 0.5ml to children who are at least 3 years old and a lower dose of 0.25ml for younger infants and toddlers, all kids getting FluLaval get the same 0.5ml dose. That also means that younger kids get twice the antigens. Fortunately, studies show that the safety and side effects of both vaccine products are the same. It’s important for clinicians understand the dosage. You don't want someone to get confused and give an infant a lower than recommended dose of FluLaval.”

Once again this year, the nasal-administered “FluMist” product is not recommended by the AAP. Why is that?

“Unfortunately, FluMist, which had become a preferred flu vaccine by many pediatricians and parents and, certainly, their kids, who loved that they could avoid an extra shot each year, was found to be ineffective. Strangely, it has still been found to be effective in other countries, just not in the United States. Hopefully they will figure out what is going on with it and we will get it back, too.”

“Unlike other vaccinations, the biggest challenge for doctors isn't convincing parents to vaccinate their kids,” Dr. Iannelli said. “It is trying to vaccinate a big group of kids in such a short amount of time, while continuing to do all of your other day-to-day things in the office.”

It is with this challenge that electronic health records (EHR) software, which is exclusively designed for pediatrics, can be invaluable. PCC  is the only EHR platform that is focused on pediatrics, and this can really help during flu immunization season. Plus, the PCC platform makes it easy to generate a list of kids that are overdue for their shots and warns the clinician at each visit if a kid needs a flu shot.

Dr. Iannelli explains, “While flu vaccines are now recommended for everyone, there are still some groups of kids who are at higher risk of flu complications than others.” It is essential that pediatricians get these patients a flu vaccine each year, especially those children who are under six years old and children and teens who are immunocompromised or have other chronic medical conditions, like asthma and diabetes.

“A pediatric-focused EHR platform will help a practice easily identify these high-risk patients.

“Flu vaccines aren't perfect, but they do work. It is important to keep in mind that the great majority of the kids who die of flu complications each year are not vaccinated and many of them do not have any underlying health problems.”

Change management is the process of leadership through transitions. Most pediatric practices..

5 Ways Your EHR Can Help Parents Save Time

While COVID-19 disrupted life as we know it, it has had unique implications for children and their..

To keep your practice doors, you need to generate revenue. Enough revenue to keep the lights on,..